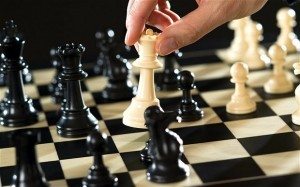 As I write, the Detroit Pistons are 5-2 after beating the Hawks, Suns and Trail Blazers on the road and the Jazz and Bulls at home.  Before losing last night at Golden St., sandwiched in the middle was a home loss to the then struggling Pacers.  I was at that game and the Pistons played without the edge they had previously displayed and laid an egg.

However, that game’s most notable statistic was the Pistons’ bench being outscored by the Pacers’ bench 43-2, including a 22-0 run.  Afterwards, Coach Stan Van Gundy proclaimed that he would be searching for an answer.  That came quickly the very next game in a win at Portland when he never played the subs as a unit-always having a couple of starters on the floor as he mixed starters and subs.  As promised, he adjusted and like most adjustments, it was very simple.  After the Portland win, Van Gundy explained, “When you think you’ve found the answer, you find another question.  You’re never there; it’s constant adjustment.”

With that story as a backdrop, let’s look at a checklist of the common questions that coaches would do well to discuss with their staffs to form a general framework for the in-game decisions they’ll face in the upcoming season.  (In a subsequent article, we’ll discuss post-game adjustments).

Easily one of the most enjoyable moments for a coach is getting one’s team into the right offense/play or defense and changing the game’s direction.  Very often though, the downside of frequently changing offenses and defenses a lot is that the players might not firmly believe in any one approach at either end of the floor.  This can lead to groping for answers and a lack of focus.  If you play man defense exclusively, do you make small adjustments like denying reversals, fronting the post or face guarding (if you don’t normally)?  Other than forcing tempo, do you need an alternate defense?  On offense, do you coach a basic offense with some wrinkles and complement it with some plays?  Do you tend to have too little offense or too much offense?  In either case, do you have “go-to” action for tough spots?

The cliché is “The great ones adjust.”  No one would argue with that premise.  The difficult task is when and how to adjust and keeping it simple.  Staffs can concentrate on these issues now and make these tough in-game decisions in a more organized way once the lights go on.