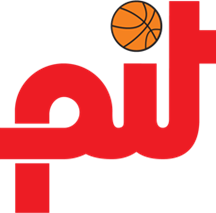 It’s very likely that a good percentage of Hoop Coach readership has at least a passing knowledge of the role of the Portsmouth Invitational (commonly and affectionately called the PIT) in the world of basketball.  Started in 1953 in Portsmouth, Va., the PIT annually invites 64 of the best college seniors to play 3 games in 4 days in front of all the NBA team scouts, as well as hundreds of international scouts.  The PIT acts as a prelude the Draft Camp in Chicago, where the best seniors, underclassmen and international players convene to get measured, test and compete prior to Draft Day.

I’ve been going to the PIT since 2005 and it’s very high on my list of basketball events and I’d highly recommend that all coaches (and players) make a point to include a visit to it on their individual bucket lists.  Besides great basketball which can be enjoyed on several levels, there are a number of worthwhile takeaways for coaches everywhere:

* An appreciation for a rich tradition:  The PIT is steeped in basketball tradition.

* An understanding of how the PIT plays a part in the process.

* An appreciation of how good the next tier of players really is.

* An appreciation for how hard, smart and together these players play after little practice.  Granted, they’re playing for contracts but if they already weren’t inclined or used to already playing that way, they wouldn’t be able to do it on short notice.

* An appreciation of the “national scope”.  For coaches and especially players, it’s extremely important to see what talent, focus and work ethic is really out there-especially considering the PIT players aren’t the so-called “first tier”.  These guys are generally a little small, a little less athletic or a little less skilled than the NBA standard.

* A renewed appreciation that despite size, athletic or skill deficiencies, players can and do climb to the next level with other assets.

* An enhanced perspective of the basketball map.

Of course, at one time only college seniors were drafted; then there was a period of time when most players chosen were seniors.  Now, most draftees are either underclassmen or international players. For instance, of the 60 players projected to be drafted in the NBA’s two rounds in June, only 17 have senior status- and of those 17 only 4 are mentioned as likely first rounders (Oklahoma’s Buddy Hield, MSU’s Denzell Valentine, Baylor’s Taurean Prince and NC’s Brice Johnson.

Such accomplished players such as Virginia’s Malcolm Brogdon, Purdue’s A.J. Hammons, Michigan’s Caris Levert, Oregon’s St.’s Gary Payton Jr., Maryland’s Jack Layman and Iowa’s Jarrod Uthoff- among others- are only projected to be 2nd-rounders.   Obviously, being projected doesn’t guarantee being drafted-just as not being projected doesn’t guarantee not being drafted.  That’s where the PIT comes in.  For instance, last season Bowling Green’s Richaun Holmes came to the PIT considerably under the radar, but played very well and two months later was drafted early in the second round by the 76ers and made the team.

This year, only 3 of the 17 current projected senior draftees attended the 2016 PIT- Texas’ 6-11 center, Prince Ibeh, Florida forward Dorian Finney-Smith and Oklahoma guard Isaiah Cousins.  One night ask why the other fourteen seniors declined to attend.  The simple answer is their agents advised them not to-on the premise that they’ve proven themselves already and have more to lose than gain by attending.  In the case of players like Buddy Hield and Denzell Valentine, I’d agree with the agents.  However, as one goes farther down the list, that argument becomes less compelling as historically there are more seniors who play their way into draft than out of it at the PIT.

Over the years notable PIT alums include current Bulls standout, Jimmy Butler as well as such old-school favorites as Scottie Pippen, Tim Hardaway (Sr.) and John Stockton.  The list is long and impressive.  Still, only a few players from the PIT are drafted each year and others are undrafted free agents who will be invited to NBA pre-season team camps.  Most PIT players will end up in the D-League or playing internationally.  Some will eventually work their way to the NBA with a 10-Day contract from the D-League or after a successful stint abroad

After player invitations are accepted, the players are divided into eight teams of eight and are sponsored by and named for local businesses or organizations- Roger Brown’s Restaurant and Norfolk Sports Club as examples.  Each team is coached by two experienced, local high school coaches assisted by a former NBA or WNBA player- Sam Perkins and Rex Walters, for example.

The officials are as much a part of the tradition as any other facet.  Many have ACC ties and include Bryan Kersey, who was just recently named as the coordinator of officials for the ACC.  By-products of the PIT also include a spike in the local economy as well as significant money raised for local charities and college scholarships for deserving high school students.

The 2016 PIT All-Star team was comprised of the following twelve athletes: