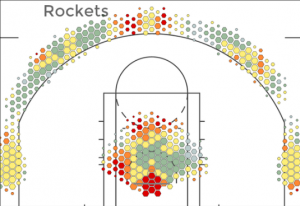 Most of us have heard the noise; taking any shots besides layups or triples is inefficient.  On that issue, we likely fall into four main distinct categories:

With those descriptions as a backdrop, let’s examine some thoughts that coaches in all four categories might consider: