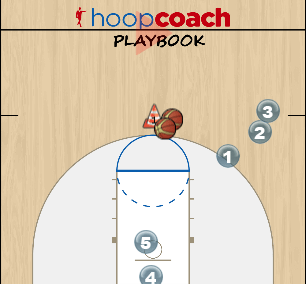 Simple drill for working on feeding the post and guards relocating to an open spot.

We often use the next person in line as a defender on the wing to make post pass more difficult.  We also do at both ends of the floor to speed things up.