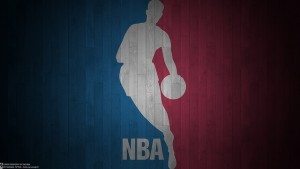 I was catching up on my Sports Illustrated reading this past weekend and ran into a coaching nugget by Lee Jenkins in the June 15 article, ‘The Ringmaster’, a feature on Warriors’ coach, Steve Kerr. It read, “This season has confirmed what Kerr learned from Popovich (Gregg) and Jackson (Phil), that coaching is 90% creating an environment, through force of personality. The other 10% involves strategy. ‘The easy part,’ Kerr calls it.”

While I’m not sure I necessarily agree with the percentages of the split, I do believe that the very best programs have, at their core, very definable environments with little room for compromise on its key components. Ironically just yesterday, we discussed program pillars and that discussion has strong parallels to the environment quote.

But we’re not here to repeat a prior topic. Rather, today’s discussion will revolve around the general perception by a surprisingly large contingent of coaches that the NBA has little or nothing to offer them in the way of any kind of working knowledge to help them or their programs. I’m always amazed at the paucity of high school coaches attending NBA pre-season practice sessions when these same coaches will attend college practices. Perhaps the natural bonds that high school and college coaches have around recruiting encourages one, but not the other.

I’d like to refute the NBA has nothing to offer premise today and if nothing else perhaps persuade a number of doubters to keep an open mind when it comes to the NBA. Not only has Sports Illustrated been a regular source for coaching nuggets for discerning coaches over the years, but the NBA has also been a prime mining ground for many a coach.

So, what’s the actual rub with the NBA with some coaches? You know the usual suspects: They don’t come to play every night. They take steps a lot. They take bad shots. They don’t play defense. They are spoiled millionaires. Their egos are out of control. There’s substance abuse. Free agency and the salary cap are out of control. It’s a players league not a coach’s league. NBA arena atmospheres are hyped with music, dancers, cheerleaders, mascots, fireworks, tossing tee shirts and mini-basketballs to keep fans from being detached.

Even the staunchest NBA supporter would plead guilty to every accusation above to one degree or another. I would also argue that to some degree or another, most of the same accusations apply to high school and college basketball. Instead of spoiled millionaires, high school and college basketball offers spoiled would-be millionaires, many of whom are totally delusional. Instead of free agency, high school and college basketball offers unparalleled transferring, a de facto free agency system. The harshest cynics would argue that certain high school and college programs indeed have salary caps. Sure the NBA is a players’ league but that is one of the real beauties of the league, but for the very best programs (the NBA actually has “programs”), it’s also a coach’s league. Last, the NBA doesn’t have a stranglehold on regular season detached fans. High school attendance in many areas is undergoing cataclysmic attendance declines. There are only 12 of the 32 Division I conferences that average 3000 or more fans. At both levels, there is the same frequency of fans with their heads down, checking their smart phones as you see at NBA games.

What do we deduce from these arguments? Simply, that the NBA is like every other human endeavor. There is a range from excellent to poor at every level in every discipline- business, art, music, architecture, athletics, literature-you name it. There’s a lot junk in every field but there is also absolute brilliance. The NBA has brilliance in some of the very best coaches-running the best sets, secondary breaks, sideline-baseline-after timeouts and special situation plays known to man-not to mention creating outstanding environments with the force of their personalities. The NBA has brilliance in the very best players in the world and if it is a stretch to relate their bodies, athleticism and talents to your own players’ packages, then many of their stories can be inspiring to you and your players. The Bulls’ Jimmy Butler immediately comes to mind- (Sports Illustrated-2/23/15 “The Unlikely Breakout Star”).

Whether it’s Jimmy Butler or Steve Kerr or any one of many players and coaches past, present and future, the NBA is a goldmine for coaches at all levels.