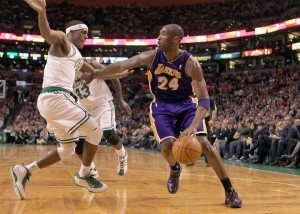 I just finished watching the Detroit Pistons practice and if you’re a regular reader of Hoop Coach articles, a while ago I wrote a piece, “What’s Your Take on the NBA?” wherein I strongly urged coaches at all levels to get past their NBA prejudices (if they exist) and take advantage of all the learning opportunities that level affords. That observation was again supported today by great teaching on both sides of the ball by Stan Van Gundy. Simply put, the entire practice session was a clinic.

But, I digress. The second good thing that happened today and the inspiration for this article was a discussion after practice with one of the Pistons’ college scouts. It centered around how a successful local college coach annually builds his offense around one player and how many different players he’s featured over the years.

Now, I know that there are youth coaches who won’t be interested in this concept and for good reason. Those coaches will want to develop as many skills in as many players as possible. Then, there are those coaches who will not want to “rock the boat” politically with players and parents by featuring a certain player. Last, there are coaches who truly believe they have a group of players who can thrive in an equal opportunity system.

Again, for those who are regular readers, my advocacy of featuring one player revolves around the observation that many teams only have one real “alpha” player. And if that is the case, I believe that individual should be attempting to create most of the “thrusts” into the defense so that other less talented players can play off of the “edge” that he created. If there are two alpha players, then those thrusts can be shared.

To support my premise, just visualize a possession with no real thrust. The ball stays on the perimeter and the defense gets a tie on every catch and on every bounce. Even if you run action for a non-alpha player that, in theory, should get him an “edge”, most often that non-alpha player can still be effectively guarded by one defender. So, the intended edge you tried to create really doesn’t exist

Unless the alpha player is only a back to the basket player, he can be utilized to get thrusts in versatile fashion with isolations where he can go one-on-one, screen/roll action and post up action off various screens and cuts. The more varied the action for the alpha player to gain a thrust and edge, the better. There are defenders who might be able to cope with your alpha player in one situation but not another. Yet, there might be games where only several types of action are needed to allow every player in the offense to effectively play off of the edge.

The real challenge here is not how to construct an offense around one player but how to verbalize the concept to your team. If you already tell your players your system isn’t an equal opportunity set up, you’re already ahead of the game. But, if you need an approach, try a version of the following. In this type of system, ALL players actually get MORE better looks than they would if set up otherwise. We’re not talking here about restricting the numbers of shots that bad players get; we’re talking about getting fair/good players MORE shots because of the edge that team’s very good player gets. In the long run, the non-alpha players actually get better because they have more opportunities to play and become a contributing offensive player, and consequently they play more confidently because their new found edge.

Whether or not one can go so far as to build an offense around one player or not, the main point is not to under-utilize one’s alpha. If a player who can carry a team is over-utilized, one hasn’t left anything on the table. After all, isn’t one of the best compliments we can give a coach is, “He gets everything out of his talent.” That means all players-especially the very good ones.

How do you feel as a coach about building an offense around your best player?