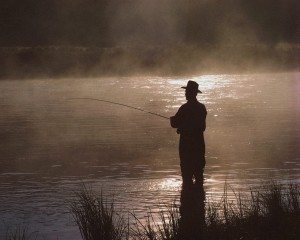 Now that the calendar has turned to February and the NBA trade deadline looms, GM’s are faced with the annual “buyers or sellers” question.  The notion is far more common in MLB as teams in playoff contention try to pick up a player who might make a difference.  Then there are the teams not in playoff contention trying to unload veteran player contracts in exchange for young prospects in hopes of rebuilding.

As amateur coaches, we’re not going trade or release players but in effect we too can review our early February prospects for the rest of the season and either stay pat or switch gears if our intended direction this season has gone awry-either from a personnel or an X and O standpoint.  In either case, if there are compelling reasons to change, the rationale of “nothing to lose” enters the equation at some point.  For coaches with great security, a move like this is less risky.

This time of the season often finds coaches giving  younger players more game time, in preparation for the next season and even beyond.  While there are reasons some coaches shy away from this practice (loyalty and politics at the head of the list), there are coaches who look at the long-range development of the program and go with a younger rotation.

On the other hand, a coach might think the playing rotation is just fine but may have arrived at the conclusion that either the offensive or defensive system needs to be retooled as he has watched his players now for three months and understands them better.  In this case the coach has to decide what he would like to change and then how much time does he need (and have) to implement the change.

One might say that coaches constantly review their teams and where they stand at any point in the season and regularly assess their personnel and systems.  The only difference at this point of the season for teams with little or no prospects for “success” the rest of the way, some teams/players begin to “play out the string”.   That scenario obviously doesn’t serve anyone well in the current season or the future.

Many coaches aren’t going to make dramatic personnel or technical changes at this point in the season especially those who are very successful and those who are happy with the direction of their team regardless of the record.  But, for those teams that are underachieving or floundering, it might be time to cut bait.