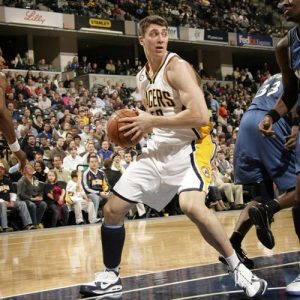 I saw two games live this past weekend-Friday, I watched a Division I game between Detroit-Mercy and Oakland.  Saturday, I watched a youth basketball game between two groups of 10/11 year olds. The games were very similar in the number of times both the college players and youth players tried to make plays when they weren’t gathered.  Obviously, the youth players had better excuses as most were very new to the game.

In the college game, Oakland turned the ball over 25 times and easily took 10-12 hurried or forced shots.  UDM turned it over 17 times and took fewer hurried shots.  While both teams have some point guard issues, many players on both rosters were guilty of trying to do something quickly or when they weren’t fully grounded.

For purposes of this article, let’s use “gather” as an offensive term and “get set” as a defensive term as we review some salient points: