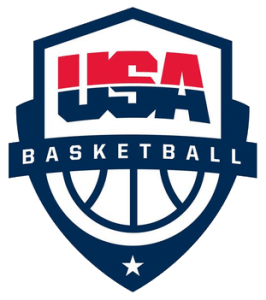 It is very evident that the game of basketball is evolving.  With the advent of the stretch four and the high level of skill work that goes into player development, the game has almost become position-less.  The days of playing point guard, shooting guard, small forward, power forward and center are over.  You are now a guard, a wing, a post, or a specialist.  There are still some true point guards out there, but we are mostly seeing combo guards with the ability to score and take over a game.  There are still centers, but the reality is that center does not mean what it did in the 80’s and 90’s with guys like Hakeem Olajuwon, David Robinson, Patrick Ewing, and Shaquille O’Neal dominating the paint with highly efficient back to the basket skill sets.  A center now is someone that is long and athletic that works as a rim protector, a rebounder (offensive put-back guy), and a pick and roll player.

What are you teaching and why?

Every summer I am reminded of a very interesting stat from Coach Don Showalter (USA 16U/17U Coach): “In the United States, kids are playing five games for every practice; in Europe, kids are practicing five times for every game.”  It is not a coincidence that Europe has more and more draft picks every year and that their national teams are highly competitive.  The European player is equipped with a skill set that most American players do not possess.  This is not a 100% accurate obviously, however, guys like Kevin Love are the exception to the rule these days.

With all this being said, AAU is not going anywhere.  The exposure these players are getting as early as third grade and the money that is driving the industry dictates that the five games for every one practice model in the United States will not be changed and the problem will continue to perpetuate, so, what can we do?

For one, in my humble opinion, youngsters in the third grade should not be playing that many games without developing their skill sets; all that is happening is they are using their undeveloped skills and forming bad habits.  With our program (although we are not a traditional school because we are selective enrollment which means you have to test to get in, so we do not really have a “traditional feeder” system per se), the travel teams we work with begin to play most of their games in the sixth grade.  And even with that, we really work to do more skill training and development sessions than games.  We believe that AAU should not really begin until high school (even then obviously skill development is paramount, but at least there is a foundation to build off of).

The first thing you can do to combat the five games/one practice model is focus your feeder system to do less games and more training with the lower levels.  Do not feed the AAU monster.  Allow your players to develop.  Don’t get me wrong, certainly playing and developing a healthy love for competition is important, but building and then breaking bad habits should not be the cost of healthy competition.

At the lower levels, pretty much any youngster up to sixth grade should be taught the foundation of the game: shooting, passing/catching, ball handling, and triple threat work.  So often we see a kid in third grade that is the tallest in his or her class and he or she gets thrown on the block and is told to rebound and post up.  The only development he or she gets is the Mikan drill.  Then, by eighth grade, he or she is no longer the tallest player and the love of the game is gone because he or she can no longer compete with everyone else as they have evolved their skill sets.

I do not believe in position specific workouts until high school, and even then you should be cautious.  Think about it, it is so much more beneficial for everyone involved to develop the foundations of the game and to teach players to play seamlessly; by the time you have them operating in a system in high school you will have a team of highly skilled individuals that are now hungry to develop their position-specific skill sets.  Again, don’t get me wrong, you can still put players on the blocks at a younger age, but it should not be a specific player every time.  I love the Read and React offense, especially for the lower levels.  You can go five out, four out with a post, or three out with two posts, but the beauty is that the posts can be your “guards”.  Let all players develop their back to the basket game as.  In the end, it is only going to make them better.  By the time the players reach high school and their bodies start filling out and puberty sets in, there is still ample time to develop a true post game and an offensive system that fits your personnel.  At the end of the day, a system does not work if the players cannot operate in that system, so again, the key is having skilled players.

How are you teaching?

The old adage “repetition is the mother of learning” drives what we do for player development.  There are a lot of big time trainers out there now, but in my opinion some of them are too gimmicky.  The best trainers, guys like Drew Hanlen of Pure Sweat, are training the correct habits in game-like situations.  Dribbling five basketballs while juggling ten tennis balls is not training in-game habits.  The key is to identify the skill sets that you as a coach want your players to develop (by age level) and to have a progression of drills that will enable those habits to develop.  We want to do ball handling for all age levels, but a third grader should not be working on a crossover, spin move combo before mastering right and left hand pound dribbles.  Again, if the individual is advanced and ready for the challenge, you introduce new concepts, but again, there should be a curriculum in place with goals for each level.

From there, it is not giving 100 drills for one skill.  You definitely want to keep the youngsters engaged, challenged and excited to work out, but again, “repetition is the mother of learning”.  Having a few different drills per skill set is sufficient.

Finally, it is about empowering your player to use his imagination. Mental training is just as, if not more important than the physical training.  Put yourself in late game situations in your workouts and you will be prepared when the game creates that situation.  As Coach Kevin Eastman always says: “be there before you get there.”

I love listening to Northwestern’s Head Coach Chris Collins put a player through a workout.  He is constantly stressing the importance of “using your imagination”.  Every time you rep a shooting drill, put yourself in a late game situation.  Make the shots you are taking affect the score you have created in your mind.  As a coach, you can use your imagination as well in creating these drills and making them competitive and engaging.  Using your imagination trains the mental aspect of the game.  Putting pressure on the shots being taken or the skill being developed only enhances the youngsters ability to operate in game situations.

The irony is, a lot of people feel that making youngsters competitive in these drills will deter them and ultimately hurt their confidence, however, the exact opposite is true as long as the goals of the drill are realistic.  At the end of the day, in some drills you will make your time and score and in some drills you will not.  When you make your time you are boosting confidence and initiating upward thinking as you are now ready to set a new goal.  If you miss your goal you now have intrinsic motivation for going after that drill again.  The key is to have positive coaches teaching youngsters how to train the right way and how to set goals with progression in place.

What are your thoughts?   Please share in the comments section below.