What is a valgus knee?

A valgus knee position is when the femur internally rotates and collapses inward.  It is also commonly referred to as knock knees. 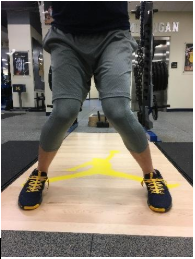 Why is this a concern?

Studies show there is a link between athletes that exhibit valgus tendencies and knee injuries, specifically ACL tears.  Also, athletes that have Valgus knees are typically less efficient in movement skills

Who is at risk?

There are more than 120,000 ACL injuries in high school and college athletes per year.  Research shows that females are 4-8 times more likely to tear an ACL than their male counterparts.  However, this does not exclude male athletes. They too are susceptible to this injury.

Below are a few exercises that are recommended to improve Valgus Knee dysfunction:

Elevate the back leg and descend down into a squat.  A coach or partner should be pulling the band so the knee is being pulled inward.  The goal is to resist the inward movement and maintain a neutral knee while executing each rep. 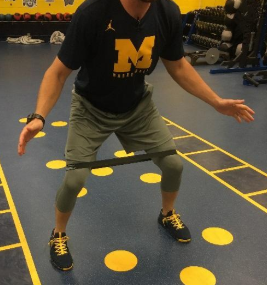 With the Band around the knees slide in a defensive position, typically 10 yds down and back would equal a set. 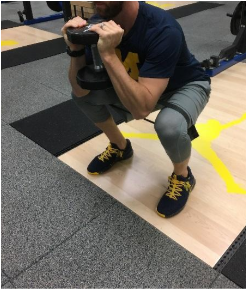 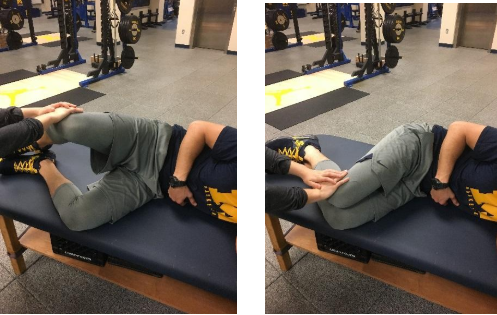 Assume the clam position, laying on your side.  Have a partner apply steady pressure downward as the hips open and close.