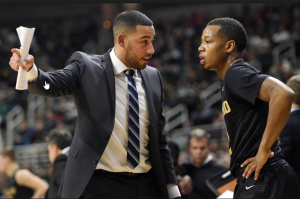 In a past post titled Note to Players: All Coaches Really Want is Consistent, Productive Minutes we suggested to players that all coaches really want from each of their players is consistent, productive minutes.

Today, we’re going to flip that by suggesting to coaches that if they want consistent, productive minutes from their players that one way to help players achieve that is by playing them in a fairly consistent manner.

Of course, no one expects every box-score to reflect the same number of minutes for every player in every game or even that the same players start every game and that all subs report in at the same time each game and for the same reasons.

At the very least, every game is organic and has its own tempo, flow and identity-sometimes not so much; other times radically different.  Therefore, playing time is also organic-dependent on a number of factors-game personnel matchups, injuries, foul trouble, player special attributes, score, style of play and pace among many others.

But, it’s no secret that players everywhere at all levels like to know about when and why they’ll play.  They might not agree with the plan but knowing the plan ahead of time helps prepare players for the time if and when it comes up.

The method of allocating playing time that seems the most egregious to me is what I refer to as, “Letting several players play with total immunity and defining everyone else by their mistakes.” This coach rarely takes out certain players for multiple mistakes and takes out everyone else on one mistake.

For argument’s sake, let’s say 3 players fall into the former group and 5 players fall into the latter group.  The 5 players who get taken out on mistakes will likely never contribute consistent, productive minutes because they’re not enabled to play at all without looking over their shoulders.  The example cited is extreme, for sure, but any variation of it is probably counter-productive to establishing a deep, productive rotation.